The article below discusses non-graphic themes of sexual assault and violence. Please take caution before reading.

With so many genres of film, it is impossible for them all to exist without altercation, and no other category of film is as familiar to debate as Rape and Revenge. Hidden away from mainstream audiences, the rape-revenge genre is historically known for its controversially violent and sexual content, making it a frequent topic of discussion amongst cinephiles. While the majority of the genre is left unspoken about —a guilty secret amongst film lovers— movies such as the popular French-American Revenge (2017), have brought the category into the spotlight, begging the question: are rape-revenge films empowering, or are they marketing off of female suffering?

Although the rape and subsequent revenge of a female has been a concept within film since the start, the idea of it being its own complete genre was rather obsolete until the notorious, I Spit on Your Grave in 1978. Known for its sadistically drawn out sexual assault scene, the film was universally condemned for its treatment of women. Rather than focusing on the recovery, and subsequent payback for the woman assaulted, the film chooses to spend 25 minutes showing her gruesome attack. After the all-too-long rape scene, viewers then must sit through the lead praying for FORGIVENESS! While I will not go as far as to accuse the crew behind, I Spit on Your Grave of having malicious intent, I will say that the all-male team in charge of the film seem uneducated, and unaware of what they were projecting to their audience.

On the other hand, Coralie Fargeat’s 2017 flick Revenge manages to do exactly what I Spit on Your Grave couldn’t. Featuring a large female crew, the film makes a choice to show from the start that it was not going to be about the assault, but instead—as the title suggests, the later revenge. The protagonist, Jen, has an outspoken personality and wears sultry clothing, and yet the film doesn’t waste a second wondering if she is somehow at fault for her own attack.The movie makes use of empowering shots to tell its story; the lead character healing her own wounds, arming herself, and in the end? Standing victorious over her perpetrators, strong and proud.

A third vastly different take on the genre is possibly the worst. The films share the same conflict of sexual assault, but in contrast to the previous films,  the victim does not rise up and seek their own vengeance. In fact, the writers choose not to include them as central characters at all. Alternatively, their (generally male) relatives take on the role of vigilante and judge the attackers however they see fit. The lack of attention to the victimized character, and the inability to see them overcome their trauma paints a woman’s pain as a source of strength for their male counterparts. It is dangerous, lazy, and downright ugly. Some of these films are Death Wish (1974), or The Horseman (2008).

Revenge treated its lead as a victim, a fully rounded character worth more than what others did to her. By the end of I Spit on Your Grave? I couldn’t even remember the main character’s name.

I tried to take a step back and think about what made I Spit on Your Grave feel so dehumanizing, while Revenge made myself feel empowered to be a woman. They both had the same general plot, so what was the difference? Revenge treated its lead as a victim, a fully rounded character worth more than what others did to her. By the end of I Spit on Your Grave? I couldn’t even remember the main character’s name.

Watching these films made me realize that no, not every piece of this genre is one thing. Yes, some are cheap shots at female torture-porn, but many boost up their female audience, reminding them of their strength. At the end of the day the genre is the same as any; you can find both good and bad. To put a definitive label like “feminist”, or “misogynisic” on the entire category would be incorrect.

If you wanted my opinion on how to make more of these films fall into the feminist grouping? Stop thinking of female characters as props for violent interactions, and start thinking of them as people. 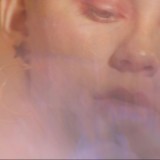 Aubrey Carr is a Public Health major with a passion for film. She is a lover of all things horror and holds a love-hate obsession with New French Extremity. She is also a co-creator for Scratch Cinema and enjoys writing about feminist & lesbian issues in film.

Aubrey Carr is a Public Health major with a passion for film. She is a lover of all things horror and holds a love-hate obsession with New French Extremity. She is also a co-creator for Scratch Cinema and enjoys writing about feminist & lesbian issues in film.

Being There: Forever Philosophising

Blood is Thicker Than Water in Verónica (2017)