This isn’t just another Star Wars film or blockbuster, as even 40 years after its release The Empire Strikes Back is still regarded as the very best of both. It is enormously different than the film that preceded it and seen as the benchmark for later ones, sequels that have been loved and disliked in equal measure. This middle chapter is a dark evolution that filmmakers since have desperately tried to emulate. But how can it still reign supreme with such a passage of time, and what did it do so exceptionally to warrant such adoration?

Some might be surprised to realise that its legacy wasn’t cemented on its release. The original Star Wars had seemed a hard sell to Twentieth Century Fox, a movie with conflict in its title being judged as wrong for a USA that had just come out of the Vietnam War. However, its jubilant, fairy tale fun made it a massive international success. This sequel was destined to unsettle critics, then, in not only taking a darker turn but also pitching itself as part of a saga instead of as a buoyant one-off.

Sequels didn’t have much of a track record before The Empire Strikes Back, largely being cheap cash-ins and rarely taking on the challenge of serialised storytelling. James Bond is perhaps the most prestigious example of a film series from the era, a successful franchise with numerous popular installments – but it avoided an overarching narrative for an easy reset with every one. For every good, if uninventive, follow-up like those there was a mediocre Jaws 2 or despised Exorcist II, the tradition of the sequel largely belonging to pop-fodder like the Frankenstein movies. It would have been fair to expect another thrill-ride of an episode to keep this family friendly story going.

George Lucas’ full creative control over his franchise, however, allowed him to push it into fresh, surprising, and more human territory. This film is known particularly for being a bleak, hopeless follow-up, but it’s hardly overwhelming: there’s a careful, entertaining balance of tragedy and triumph. What makes the mixture particularly potent, however, is that it allows the characters to feel less like archetypes as they face more complex challenges than before – aided by dialogue and direction that appears much more naturalistic. It’s an evolution of what came before rather than the expected high-budget rehash.

Deepening the original tale in such a way was bold, and the refinement of the formula is evident in almost all of the film’s aspects. It’s visually brilliant, for a start, with much more seamless effects work than before. Perhaps, though, the most strikingly fresh element, even today, is John Williams’ score: it contains a number of pieces that have become as or more iconic than those in the original. It’s in this film, for instance, that we first hear the triumphant, impeccably arranged, and incomparably epic motif of the ‘Imperial March’. That work is just one unforgettable example of the confidence and verve that permeates the tale.

It’s not a perfect creation, however, despite this crisply constructed surface. There’s a sleight of hand at work masking that the depth and breadth of the story aren’t as impressive as the film’s quality makes out. Most of Luke’s time with Yoda is unnecessary and uninformative, and the subplot with Han and Leia – whilst fun – does little to further the narrative or any themes. There’s entertainment aplenty and enough reality to keep you interested, but it’s not more than am exciting and expertly crafted blockbuster – regardless of how rare an achievement that might’ve been.

Time hasn’t diminished how much that achievement is appreciated, despite the opportunity for distanced contemplation, and has heightened its appreciation across the board. The 1997 re release largely received reviews that enthused over its rollicking good fun, and it’s been regarded by readers of Empire and editors of Total Film as one of the best films ever made. However, it’s nowhere to be found in the lists of less populist magazines like Sight & Sound, and it’s telling that the BBC’s re-review compared it as a step up from ’80s-inspired blockbusters like The Mummy. It seems to still not be perceived as a great work of art, a blockbuster that offers cerebrality or innovation, but pulp entertainment that managed to do it’s set a difficult to emulate template.

Has Star Wars ever gotten close to creating such precisely-configured spectacle again? It’s certainly tried, whether that’s with the scope and ambiguous darkness of Attack of the Clones or the left-field twists and verve of The Rise of Skywalker. The prequel films have provided new levels of imagination, too, with distinctive environments, new creatures, and a take on the story that brings in melodrama and politics. However, these different approaches have been met with various criticisms that range from poor dialogue to incoherence; The Empire Strikes Back remaining the unassailable jewel in the franchise’s scarred crown.

But it has been bettered by The Last Jedi if it hasn’t already been before. It has some similarities in its training of a new Jedi, hopelessness in the face of impossible odds, and the separation of our heroes. It evolves the story structure, however, with multiple story threads and strong, character-testing, genuinely thought-provoking ideas being explored throughout all the adventuring. There’s none of the wasted space of The Empire Strikes Back and such intelligent craftmanship – but no matter how brilliant it’s just another instalment in this once superlative, childhood classic space franchise.

Forty years haven’t done much to sully The Empire Strikes Back, and its freshness and clarity overrule many of its weaknesses. It sets a challenge few perhaps have the skill to meet – and, particularly in a blockbuster movie landscape dominated by one corporation, it’s likely few will have the confidence to upend expectations so firmly. The film’s vaunted, borderline sacred legacy, though, acts as burden and a threat to imagining innovation in its elegant pulpiness: if this is the pinnacle of blockbuster cinema it suggests little hope for popular movie making. Perhaps, then, with forty years of social change and film history having passed, it’s time that we ask not why this film is so great but consider where it fails? 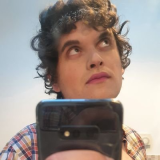