Set amongst the city where trademark wings are ravished upon, sauces are swiped off the faces of sports-obsessed men, and over-enthusiastic shouts are targeted at the TV as the all-American football team Buffalo Bills play on-screen, Buffaloed takes place in, you guessed it, Buffalo, NY.

Depicted as a much more entertaining, independent, and wildly comic version of The Big Short, Tanya Wexler’s fourth directorial feature follows the life of an ambitious young woman who enters the debt collection business in a fit to seize her role to aim as high as “the sun, the moon, and the stars.” Played by the up-and-coming actress Zoey Deutch, Peg, whose brains and evident talent becomes noticeable early in the film when she’s accepted into an Ivy League university, showcases her late father’s larcenous tendencies to be the richest through a range of formats that increasingly edges the film to some hilarious heights. Living in a city that acts as a bystander to every sport-related query, Peg seems to be the only one with her head screwed on in her gaping town, with a dream that only qualifies two-or-more arrests and 40 months in jail.

Following after her release several years later, due to her attempt to raise money for tuition by selling counterfeit Buffalo Bill tickets to hungry-sports-obsessed civilians, Peg receives a phone call from a debt-collection agency that has been harassing her widowed mother (Judy Greer) since that start of her daughter’s immediate lock-up. Rather than reacting angrily, Peg makes use of her definite instinct and picks up an opportunity to persuade the head of the agency, Wizz (Jail Courtenay), to hire her. Impressing the sharp, suited, character with her fast-talking and gifted mind in the profession, Peg soon emerges to be an employee that threatens the contents of other workers around her. Laughing hysterically, sticking the finger, and pressing paper faster than the rest, Peg’s journey soon faces the wrath of Wizz which incoherently enlightens her to start her own competing agency – staffed with a colourful selection of characters looking to pamper the same page. On top of this, Peg begins a risky romance with the same prosecuting attorney, Graham (Jermaine Fowler), who got her convicted for her previous crime – and who’s in awe at the state of sophistication and lack of trust Peg spills when she tells him about her business.

Deutch is truly the film’s biggest grace, delivering an infectious, sweet and exuberant character that single-handedly propels to a higher level of enlightenment in each scene. Acquiring a high-pitched voice and a manic delivery in her character, Deutch’s Peg sometimes comes close enough a caricature, but, with thanks to its quick-witted chops and humorous timing, it never goes over the line. Deutch is also extremely effective when placed in dramatic moments, particularly scenes that showcase the troubled relationship with her mother and her brother JJ (Noah Reid) – making her fascinating to look upon, especially with such a complicated theme, the talented actress showcases no limits in what she can achieve.

Buffaloed is a film that, among its clear influential from Scorsese’s self-referential The Wolf of Wall Street, is a downright fun landmark in the plague of debt the world has affected. Peg Dahl is merely the female version of the Howlin’ Wolf himself, Jordan Belfort – a pair that share the same gibbering, inspiring, chaotic, smart and cultured qualities of their entrepreneurship, and their one big desire to dream big and change their lives forever. Apart from the sex and the drugs that pounds Belfort completely off the chain, Peg accompanies similar mayhem that isn’t as severe but definitely conquers enough shock to make us care for her well-being. Both showcase the broadest and biggest laughs from their presence, a beginning lifestyle that drastically transcends throughout the film, a breaking-of-the-fourth-wall moment that helps explain the complicated financial machinations of their trade, and their emotional compass of delusion, and a transformation from huckster to evangelist that puts them on their feet. Well, as for Peg, that means scrapping debt collection and starting fresh with an enrolment on hedge funds. 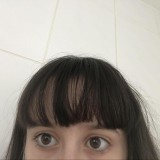 I'm a freelance writer based in Liverpool. I love all things cinema and Paul Thomas Anderson. My favourite films include Almost Famous, Suspiria, The Virgin Suicides and Chungking Express.

I'm a freelance writer based in Liverpool. I love all things cinema and Paul Thomas Anderson. My favourite films include Almost Famous, Suspiria, The Virgin Suicides and Chungking Express.

Relax, It’s Only Magic: How The Craft’s Misuse of Girl Power Fails Its Characters