Cats is a disaster. Usually, with a movie I dislike, I sugar coat my thoughts with good sentiments or one positive remark. With Cats, I can’t muster up a single positive element. Not only was it a disaster, but it also seems Tom Hopper, the director, isn’t even sure if the movie has been finished- even after its release.

If you’ve seen any of the news surrounding Cats, you might know that it is (reportedly) going back to the drawing board after realized Judi Dench’s wedding ring remained on her eerily human-like cat paws. This movie has been doomed from the start, being met with severely negative reactions to the first trailer in July. Fast forward to this month. People already had a sour taste in their mouths and the critic reactions to the full-length film only made things worse. At a surprisingly high score of 20%, no one went into this movie with hope. Even my five-year-old and two-year-old cousins refused to watch it.

Most of my problems with Cats deal with the rushed and sometimes sloppy CGI. Due to the lack of feline actors and dancers, Universal had to opt for humans. With this came a lot of CGI. From fur to gold chains (yes some of the cats wear gold chains), not a single aspect of this movie went without some digital enhancement. Tom Hopper has stated that the movie wasn’t even finished until the premier. After watching Cats it’s clear the editing was hurried. There were times where certain cats, usually in the background, seemed to glide across the setting. Often times the cats seemed to sink into the ground, their feet hovered above the floor and in at least one instance, a cat seemed to glitch.

The most horrifying CGI, what really takes the cake, is Idris Elba’s body. It’s almost as if they could not figure out whether to make the cats look human or look like animals. Instead, they chose to create a monster – a hybrid of humans and cats. During Elba’s dance sequence he removes his coat revealing a shiny very hairy human body. Both my mom (yes I subjected my mother to this nightmare with me) and I looked at each other in shock. It almost felt wrong to watch.

This human body issue didn’t only apply to Elba’s unfortunate design. When Taylor Swift’s Bombalurina appears, the movie turns into what can be chalked up to a peepshow. Bombalurina has curves and her chest pops out and she dances suggestively. There are moments throughout Cats where I wonder if Tom Hopper chose to direct it for the sole purpose of living out a weird fantasy. Towards the end of the movie when multiple cats nuzzle one another it looks as if they’re about to make out. This is what happens when you give cats human faces.

One of the main problems Cats faces is its lack of story. Cats has been on Broadway for 18 years and has solidified itself as one of the most well-known and loved Broadway shows. That is where the story should remain. Translating to a different medium can go horribly, Cats is a clear example of that. The lack of story works much better on a stage whereas on-screen it flops. About 99% of the movie consists of introductions. This is all music and most of the music consists of each cat introducing themselves to Victoria, a cat that does a lot of ballet.

After the first few introductory songs, it begins to drag. The only point of the excessive introductions is to hide the lack of plot. While there is a starting and ending point not much seems to go on in between. Besides an extremely creepy dance number done by Rebel Wilson and the extremely sexual dance number done by Jason Derulo, not much happens.

Cats is a fever dream. It is impossible to describe to a friend without sounding insane. Even worse, I can’t even say this was fun or entertaining. I haven’t felt this bored watching a movie since the Keanu Reeves led Replicas. Cats should serve as a blueprint of what not to do. A prime example of a passionless multi-million-dollar mess. Unfortunately, this won’t be the last time audiences watch a horrible musical adaption. For those in need of a pallet cleanser check out these two Letterboxd lists to soothe your movie musical soul. 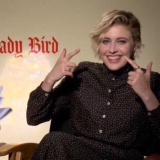 Writer for Scratch Cinema and Obscur Magazine. Majoring in collecting Criterions with a minor in rewatching 10 Things I Hate About You to the point I've memorized the script.

Writer for Scratch Cinema and Obscur Magazine. Majoring in collecting Criterions with a minor in rewatching 10 Things I Hate About You to the point I've memorized the script. https://letterboxd.com/gabrielafisher/

1917: An Achievement in Technical Violence