Almost 13 years after its release, and it being the only Quentin Tarantino film I hadn't seen, I finally watched Death Proof.

“To me, it’s all about my filmography, and I want to go out with a terrific filmography. ‘Death Proof’ has got to be the worst movie I ever make. And for a left-handed movie, that wasn’t so bad, all right? — so if that’s the worst I ever get, I’m good.”

Just over a week ago, I was helping my mom with cooking dinner when I suggested that, after our meal, we could watch the only Quentin Tarantino movie that neither of us had previously watched. The only comments we’d ever heard about Death Proof were that the film had female protagonists and that it hadn’t done very well. Low expectations and all, we decided to give it a go anyway.

Surprisingly, it was FANTASTIC.

Although I can agree with many other viewers that the first half of Death Proof could be long and slow, the second half holds itself up effortlessly, with a cast starring Zoe Bell (best known for being Uma Thurman’s stunt body double) playing herself, Tracie Thoms, Rosario Dawson and Mary Elizabeth Winstead.

In a nutshell, the first half of the film encases Stuntman Mike McKay’s (Kurt Russell) assassination of three beautiful women – Jungle Julia (Sydney Poitier), Arlene (Vanessa Ferlito), and Shanna (Jordan Ladd), who he stalks for a while before ultimately a charming them in a bar, getting a very languid and sensual lap dance from one of the girls. Stuntman Mike finally crashes into them full-frontally with his ‘death proof’ car. He survives the situation with barely any scratches, (while strapped into his ‘death proof’ car’s heavily fortified driver’s seat where he can’t be killed in any kind of violent or gruesome traffic accident) but his four victims had been brutally slaughtered.

Yes, four. Aside from crashing into these three girls, he murdered a fourth one inside of his car. How did she get inside his car in the first place? Unaware and naïve Pam (Rose McGowan) had simply asked for a ride home.

The murder and car crash scenes are pretty explicit and disturbing, something we have grown to expect from in Tarantino’s movies, but still unpleasant to watch nonetheless. Tarantino’s undying infatuation with feet and seeing women slaughtered in a bloody manor in his films to no end was utterly exhausting.

Our hopes for the film were pretty low up to that point, but the introduction of the second set of women made us keep watching. Stuntman Mike bumps into this new clique outside of what looks like a 7 Eleven, he watches them from his car and even manages to lick one of the girl’s feet (we GET it, Quentin). Of course, Stuntman Mike has no idea that this group is led by two badass stuntwomen, who ultimately get to kick his ass in the ‘final battle’.

This second girl group hit us like a wave of fresh air. I remember saying to myself, “Thank GOD!” after their first interactions. These women were smart, badass, relatable, funny, and most importantly they were REAL. They talked, acted, and fought like real stuntwomen.

In comparison, the first group felt forced, fake, and maybe too extravagant. The women didn’t look how women looked outside of being characters in a movie. It felt difficult to sympathize with their reckless actions, making them feel less relatable overall.

The second gang, when first confronted with Stuntman Mike, comes as a surprise because he ambushes them whilst they play a ‘dangerous stunt-women game.’ Everybody is doing dangerous stunts with a car, relying on a single belt for their safety as they transcend the speed limit. He eventually drives off when he thinks he’s killed Zoe, who had been hanging from a belt on top of the hood of the card. But to our surprise (and delight) she’s alive and well. She gets up from the bushes that she’s fallen into, dusts off some dirt off her shirt and says “Want to go catch him?”.

Eventually, after a thrilling pursuit, they get their revenge. A revenge that gave me almost as much satisfaction as watching Beatrix Kiddo applying the Five Point Palm Exploding Heart Technique on Bill.

Maybe it’s the fact that such a malicious and disgusting man like Stuntman Mike gets what he deserves in the end is what really drove us (pun intended!) to love the movie, but seeing badass women unknowingly avenging his previous victims and themselves made it such a blissful and pleasurable film to watch. It’s definitely Tarantino’s most feminist film, a precursor to Hollywood’s recognition of men’s dominance over women, as well as giving a cartoonish but genuine look to how random and vicious femicides can be.

On top of that, McGowan’s character felt scarily relatable. Even if we can find her gullible for asking and accepting an ominous stranger’s help, she just needed a ride home.

After having watched his other revenge films, Kill Bill, both of its volumes, and Django Unchained, I never thought another one could be as good. And maybe it isn’t, but it’s far from the worst in Tarantino’s filmography and deserves so much more recognition than what it has had so far. It’s a movie that if premiered today, it would be seen as a semi-feminist cliché girl-gang film, but with all of Tarantino’s winks and touches.

Hopefully, this tribute to the electrifying greatness of classic high-stake stunt work, will get the credit it so lavishly deserves. Perhaps it wasn’t made for it to be successful right away, possibly 13 years was the perfect time for it to make a comeback. For indeed, isn’t revenge a dish better served cold? 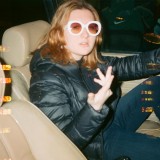 Nobuhiko Obayashi and the amazing story behind “Hausu”