Pride Month for any cinephile translates to immediately binge-watching any LGBT movies that are within reach. While it’s easy to focus solely on modern films about these relationships, their classic counterparts shouldn’t be ignored because they have their own stories to tell, especially during a time of less acceptance. As Pride Month comes to an end but if you’ve somehow managed to miss out on seeing Donna Deitch’s Desert Hearts, make the time to watch and you won’t regret it.

Deitch’s Desert Hearts takes place in Reno, Nevada during the 1950s. Her film is based on Jane Rule’s Desert of the Heart but the title provides a deeper meaning beyond a reference to its source material. While deserts are known for their arid climates, they can be understood as a metaphor for a lack of romance that Vivian Bell (Helen Shaver) allows into her heart. The audience sees the extent of this dry spell when Vivian feels as if she needs to stop kissing Kay (Patricia Charbonneau) at Lake Tahoe despite their solitude and later refuses to talk about just happened.

This situation feels ironic since Vivian explains to her divorce lawyer that she “wants to be free of who I’ve been…” but doesn’t allow herself to enjoy that freedom anyway. Vivian has come to Reno from New York City to establish residency and obtain a quick divorce from her twelve-year marriage. She has lived her life in an orderly way but cannot find happiness, explaining her attraction towards Kay who tends to be more free-spirited with her manners. The LGBT community is more than familiar with Vivian’s suppression, especially those who have forced themselves into relationships for the sake of fitting into mainstream society.

Aside from this metaphorical importance, Deitch utilizes the desert as another way for Vivian to feel isolated from her society. Most people who have watched Desert Hearts have never lived or visited Reno. Deserts are such a specific place, with ecological qualities that aren’t seen anywhere else, unlike cities that can become generalized at the discretion of the director if he or she excludes unique landmarks from the film’s imagery.

Audiences are meant to feel outside of the time and location of Desert Hearts just as Vivian does. Deitch furthers this characterization when Vivian is unable to get along with other women at the ranch managed by Frances (Audrey Lindley) since they assume that she is elitist and pretentious. This tension can be anticipated already due to the interesting visual contrast between Vivian and these characters. Vivian prefers wearing the city trends of preppy and monochrome dresses instead of cowboy attire.

Once Vivian stops feeling like a stranger in a strange land, due to her budding friendship and romance with Kay, Frances kicks her out of the ranch due to being a supposedly “bad influence” on Kay. Vivian moves into a hotel and feels for a moment that maybe isolation is her “home” instead but Kay later pays a visit and changes her mind.

While lesbian sex scenes have often bordered towards male fantasy, Desert Hearts requiresone since all of Vivian and Kay’s interactions have lead up to this point. Earlier in the movie, Kay offers to drive Vivian to her lawyer appointment and later offers to make her some tea in the middle of the night. They later go shopping together for cowboy shirts.

The sex scene feels different, especially knowing that a lesbian directed the movie, so it can be understood that what is happening is not for the aesthetic pleasure of the audience, but rather as a genuine expression of love and compassion. This authenticity would be lost if a heterosexual male or woman directed Desert Hearts instead.

Desert Hearts holds its own sense of importance, in comparison to modern LGBT films, for being created in 1985. During the midpoint of the Reagan presidency, the LGBT community was heavily associated with the AIDS crisis and would experience complacency from the government towards receiving treatments and cures. Misconceptions about the LGBT community and the disease itself were also the norm. Desert Hearts provides a story that counteracts the negative rhetoric, proving that people still wanted to create and cared about these stories anyway. 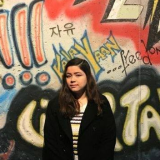 The Dependance of Film and Fashion