“One of the supreme ironies of Western gender production is that whilst the sexual sell is everywhere, the sale of sex itself still takes place in a shadowy underworld of social taboo, criminal activity, and violence” –Laurie Penny

Janet Jackson’s voice echoes through the dressing room. “This is a story about control,” she says. She’s absolutely right; this story is about control, especially the unique kinds of control that are exercised by businessmen within the economy and women’s control over their own bodies.

Hustlers is a 2019 film by director-writer Lorene Scafaria, based on the article The Hustlers at Scores by American journalist and Editor Jessica Presler. The story starts out in 2007 where we are introduced to Dorothy (Constance Wu), a young inexperienced stripper working to put food on the table for her and her grandmother. We meet Ramona Vega (Jennifer Lopez) who takes Dorothy under her wing. However, their success is cut short by one of the twentieth-first century’s biggest economic crises: the Great Recession. When Dorothy returns to the clubs she used to dance for, most strippers have already left. She reconnects with Ramona and they craft a plan to earn more money than they ever had before. Chaos then ensues.

The Dragon Lady: Fetishization and the Oppressed

Ever since the beginning of film, there has been a western fascination for what is deemed as “the other.” This fascination implies that the other is a subject of study, an abnormality, for how people shouldn’t be. Most times, minorities represented these ideas of laziness or villainy. They were also depicted as sexual since sexuality was inherently evil.

The Dragon Lady, the archetype that was originally popularized by actress Anna May Wong in Hollywood’s Golden Age, was the product of merging evil and sex and the epitome of fetishization and exoticism. The Dragon Lady was a temptress who resented white civilization; she attracted the white male character and made him suffer through her corrupt ways.

This is not merely an idea of the past. We can see this phenomenon happening nowadays with K-Pop’s global boom and some communities of white anime fanatics.

Throughout the film, we see some hints of discussion about fetishization, though the clearest example takes place at the beginning when Ramona calls Dorothy a ‘triple threat’ because she’s “new, gorgeous, and Asian.” In the eyes of the men that frequent these strip clubs, Dorothy is an exotic commodity that exists solely for their pleasure.

Fetishization doesn’t happen in a single place, but the place where it happens most prominently can teach us plenty about society itself. In a strip club, not only people strip off their clothes, but their masks.

Exoticism is oppression. It doesn’t see minorities as humans but as objects that western civilization has created, forcing them into these caricatures.

Like Cherry Nelson Butler states in ‘A Critical Race Feminist Perspective on Prostitution & Sex Trafficking in America,’ “women of color face limited employment opportunities and are pigeonholed into menial work such as household work, food services, and migrant farm work, thereby increasing their vulnerability to prostitution and sexual exploitation” and that “some women of color who are deprived of employment opportunities perceive limited opportunities and are compelled into prostitution as a means of economic survival.”

Other feminist academics disagree and declare that sex work is one’s choice and an empowering one. What is definitely proven is how a huge portion of sex workers are women of color, and they’re marginalized by society for being non-white and for the job they do, leading them to be under constant danger.

This stigma and marginalization is exemplified by the scene where Dorothy struggles with money, after years of stripping, and she interviews for a job. Her interviewer asks her about a cabaret she worked for and she becomes untruthful. “Bartending, mostly” is what she says when asked about the responsibilities of her career.

Make no mistake, Dorothy doesn’t want to lie, but there doesn’t seem to be another choice. She desperately needs a job, especially as a single mother, and she knows our puritan culture sees sex workers as less. Even when western society humiliates women of color and objectifies them, it punishes them when they sell their services themselves.

Sexual Violence
Sex workers of color represent one of the most vulnerable portions of society and with inadequate work conditions, comes sexual violence.

When Dorothy dances for a businessman, he asks her to perform sexual favors on him in exchange for $300. There aren’t any cameras in the private room, which makes it obvious that if she didn’t accept, he would take what he wants in any other way. Dorothy complies, but when she walks out of the room, she notices he paid her three $20s.

Hustlers doesn’t hold back, it’s clear that Scafaria knows enough about these topics to start necessary conversations with the viewer through the film. This makes Hustlers an important and interesting picture. It exemplifies the necessity of having a feminist view, since no one understands the female experience more than women themselves. Even if a white woman can never truly get the extent of oppression a woman of color goes through, it’s a step up from all of the stripper movies directed by cisgender white men, because this isn’t a movie about strippers, it’s much more than that. It’s a movie about capitalism, marginalization, and of course, it’s a movie about control. 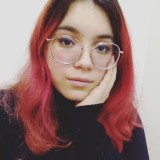 Aymara Belmonte (@ayaswatchlist) is a young Argentinian writer, she writes about films, from an anticolonialist and feminist view, in Scratch Cinema and La Piba del Blockbuster.

Aymara Belmonte (@ayaswatchlist) is a young Argentinian writer, she writes about films, from an anticolonialist and feminist view, in Scratch Cinema and La Piba del Blockbuster.

1 thought on “Hustlers: The Selling of the Female Body”