Few artists have the ability to control an adoring crowd from an eruption of screams to dead silence, and for those who can it speaks volumes to how they connect with their audiences. Riz Ahmed’s Zed has this unique power to leave the listener hanging on his every word, each verse and beat emanating from his body with an unmatched earnestness. His identity seems to be the foundation for his music as the lyrics are performed with such conviction and expressiveness that it feels unfair to simply call it a performance. Everything from Zed’s physically introverted stance to his varied inflections give the impression that he is living out his lyrics rather than simply reciting them. It is only after being asked when he was last home that Zed’s authenticity is thrown into question, setting up a physical and spiritual mission to reconnect with his familial legacy.

Co-written by star Ahmed and director Bassam Tariq, Mogul Mowgli (2020) follows the story of British Pakistani rapper Zed, an artist who is on the cusp of high-profile success following a sell-out tour of New York. After securing a career-making spot on a huge world tour, Zed travels back home to London for the first time in two years only to be diagnosed with an auto-immune disease which leaves him hospitalised.

The role of Zed is expertly crafted and conceived for Ahmed, with each story beat and rap feeling more personal than the last. A successful artist in his own right, Ahmed delivers songs and rhymes with incredible flow that flits from up-tempo verses to slower, gritty ones masterfully. Yet his performance does not lean heavily on his musical talent, instead Ahmed is able to communicate astoundingly with an expressive gaze that reveals more about the character than his lyrics.

On first glance, Zed is a uniquely genuine artist who speaks on his British Pakistani heritage with a fervent passion and admirable openness. It is this honesty that strikes a chord during his raps; he feels so impeccably raw in both delivery and message that it creates a special emotional connection with his audience. But the second Zed leaves the stage serves as a reminder that he is indeed a performer, one whose vulnerability as a musician is in stark contrast to his real-life quiet, personal struggles. There is a palpable guilt for the lack of time he has spent with his family, which later unlocks a deeper shame of rejecting parts of his identity. A few opening exchanges with family and members of the community reveal a version of Zed that is out of touch with his religion, family history and culture. His father Bashir (Alyy Khan) silently deals with the trauma of fleeing Pakistan during the violent partition in the late 1940s, a harrowing experience which reverberates down the family chain without Zed understanding its impact. A man who was first introduced as an earnest performer now seems to be a more diluted representation of himself and his culture. Zed, formerly Zaheer, has assumed a more Western-friendly identity and forgotten a lot of the vital parts of his heritage.

Director Tariq matches this raw and challenging journey with visuals that are wonderfully dynamic and thought provoking. Jumping from vibrant concert scenes full of kinetic energy to haunting memories or dreary hospital rooms creates a whiplash that helps further enforce Zed’s emotional and physical struggles. His body, which is essentially attacking itself, is captured as this hollow vessel with scars of past family trauma and personal tussles with cultural appropriation. A myriad of flashbacks and visions help manifest Zed’s mental struggles which dominate the film’s narrative, and while these sequences capture the battle within Zed, the story becomes one which is almost too reliant on this meta-narrative.

Despite its obsession with abstract story methods, Mogul Mowgli succeeds in creating a deeply engaging and raw journey of self-discovery and identity. Ahmed continues to make bold and exciting choices as an actor, showing off his musical flair and magnetic energy that cement him as one of the most dynamic British talents of his generation. Yet regardless of Ahmed’s unforgettable portrayal or the welcome levity of rival rapper RPG (Nabhaan Rizwan), Mogul Mowgli instead leaves the viewer pondering the concept of artistic integrity, exacting discussions of how culture should be injected into art and challenging the audience to understand the varying levels and consequences of success.

MOGUL MOWGLI is available on demand in the UK now; rent on BFI Player and Curzon Home Cinema. More information at https://www.mogulmowgli.co.uk/ 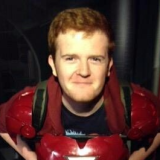