“I admire its purity. A survivor … unclouded by conscience, remorse, or delusions of morality…. I can’t lie to you about your chances, but you have my sympathies.”
–Ash, Alien (1979)

Human beings are social animals and our biological, psychological, and social systems are evolved to thrive through the togetherness of social groups. Although isolation does not sound like an appealing topic for film, it is a fundamental part of being human that stresses our desire for love, friendship or simply understanding. This universal theme gains more importance when the movie takes place in the outer space where the feeling of home hits different. Movies like Gravity (2013), Moon (2009), Interstellar (2014) attempt to dig deep into the mind of its central character, asking what things we would all have to face with if we were to be completely and utterly alone, in a place we have no understanding of.

In Gravity, a biomedical engineer named Dr. Ryan Stone (Sandra Bullock) is on her first mission after being trained for six months. For what purpose she’s there for is unclear but it doesn’t really matter because the story evolves around the disaster that happens to them. She’s already used to being isolated in some ways back at home following after her daughter’s death so at the beginning of that small calm period of the movie, she answers Kowalski’s question with “I could get used to this.” referring to the silence.

Calamities unfold but there are no witnesses to them, save for the surviving astronauts. “We have a character that is drifting metaphorical and literally, drifting towards the void.” describes Alfonso Cuarón. In space, existence is drifting; the only thing keeping the stars, planets, and other galactic points of reference together is the (im)precise whims of gravitational pull. The intensely slow, silent shots of the earth seen from space gets replaced by the heart beat, which is always a good way of upping blood pressure in the audience. The impact of those scenes is heightened by changing the perspectives, the warm face of the planet and the depths of dark space, the chaos but also predictability of the fatal desolate field, and silence of the space with the sound of the score.

Thankfully, Kowalski soon comes to save her and attaches their waists together with a cord but with the oxygen and power running low, Kowalski realizes that they both won’t make it so he decides to sacrifice himself to give Stone a chance to survive. She makes it to the ISS but is also left all alone to survive in the wilderness and began her spiritual journey. After facing an another possible event that could cause her own demise, she then manages to get into the escape pod where she feels completely isolated and hopeless because she thinks she will never make it to the surface of Earth.

Desperate to hear a voice, she searches for someone in the radio but instead finds a man who doesn’t speak English at all. She hears a barking in the background so she asks him to make the dogs bark more because it reminds her being home around earth-dwellers and so she breaks down because she realizes that she’s on the lowest point of her psyche where she even barks along with the dogs. Just as she decides to commit suicide, she stars seeing hallucinations of Kowalski visiting her and trying to convince her to continue her journey. She needs to to be put to the test once again if she wants to escape from that claustrophobic environment. In the final moments of the movie, Stone emerges from her womb-like capsule and finally allows herself to re-recognise the wonder of life on earth.

Moon is virtually a one-man show built around Sam Rockwell as Sam Bell in which he appears to be an astronaut living in a base located far side of the moon, mining helium-3 to take them back to Earth as a source of clean and abundant fuel. Because of his contract with Lunar Industries, he can’t leave the base for 3 years and until the time for his departure comes, he starts to show the symptoms of isolation and alienation like perceptual distortions and hallucinations, difficulty with thinking, memory and concentration difficulties, and problems with impulse control. His communication with his loved ones is limited to few prerecorded messages due to the broken satellite reception and it makes him get more attached to memories of his life on earth. Sam has occasional hallucinations of a girl, treats the plants as if they’re people by giving them names like Katherine, and by his own admission, is concerned about how much he talks to himself.

The crash after he sees a figure in the dust of a harvester tells so much about his psyche at that moment: he is so lonely that he believes in an uninhabited area he can find someone. Moon is largely focused on the effects of depriving a person from human interaction for an extended period but it hardly answers its own question. We still don’t know how big the outcome of it could be but its a topic that needs a solution before we start colonizing Moon or sending people off to Mars or beyond with manned space flights. This movie is a superior example of the hard science-fiction genre which points out to what could go wrong in a case of long term social isolation.

“Newton’s third law. You gotta leave something behind.”
–Cooper, Interstellar (2014)

In Christopher Nolan’s Interstellar, we see a different version of alienation. Cooper, played by Matthew McConaughey, is a former NASA pilot and engineer who, like most of the world’s population, has turned to subsistence farming. Being used to spending more time up in the space, he struggles with finding a new place in the society with a new title, a farmer. When he finds his old professor in the secret NASA facility and gets asked to pilot the spaceship that will follow up on the former scientists in the wormhole, even though he likes being with his family and taking care of them he realizes his need to being up there and dealing with the problems of the world the way he’s trained to do. It isn’t just because of his wish to explore the final frontier but is also because he knows the only solution left for the starving people in Earth can be found in the endless possibilities of outer space.

What he doesn’t know before starting this journey is that space can be a metaphor for loneliness as much as it can be a source of inspiration. When the time conception of other planets they visit differs from the one in the Earth, Cooper finally starts to realize how fast things change in the family and he’s never there to witness it first hand. And it’s not only his family that changes but is also the Earth that is on the edge of dying. They learn that their whole plan was a lie made up by Professor Brand and it was never his intention to save the people in the first place because he knew they had no enough equipment to send everyone to the space so he tried to save the best ones he had in hand. Becoming fully aware of the fact that he abandoned his family and didn’t even think of the possibility of never seeing them again, Cooper takes so many risks like riding the spaceship manually and going into the unknown. It’s the fear of being lonely forever that motivates his will to fight which later enables him to dock the Endurance. Our love for our family is what makes us do extraordinary things because family is what keeps us sane in a way. He succeeds in saving the world at the end because the feeling of being isolated from everything is so strong that he is pushed into trusting his instincts only. Interstellar is a movie with thought-provoking themes, including loneliness, survival and the humans desire to complete the frontier journey.

Being outnumbered by the universe that surround us, we are left to face what we as human beings truly are: a microcosm of the unknown wilderness. It once again shows us how little we know about the space and how the human heart remains quintessentially attached to Earth. These movies focus mainly on emotions and how mentally stable astronauts must be in case of an outbreak. Space is a bleak and unforgiving emptiness in which there are vast voids of nothing and if you can’t embrace or fight the challenging conditions of it there will be nothing but silence to welcome you. After all, in space, no one can hear you scream. 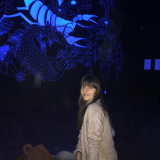 Life Is But a Dream: The American Dream as Portrayed in A Streetcar Named Desire