A Secret Love is one of a few queer documentaries that has been released on Netflix in the last few months and just in time to enjoy during Pride. It follows the lesbian relationship of Pat Henschel and Terry Donahue where they reminisce on their shared life as they move into a retirement home and finally get married after sixty-five long years together. As well as their romantic life, the documentary charts their careers as pioneering women in sport at a time when it was almost entity male dominated. Scouted for the first All-American Girls Professional Baseball League (the same league that inspired the 1992 comedy drama A League of Their Own), Terry began a career in baseball at 19 and endearingly retails the highs and lows of life on the field. Meanwhile, Pat was playing for the Moose Jaw Wildcats ice-hockey team and first met Terry at the rink in 1947. When describing their first encounter, Pat lovingly says that “it was one of the best days of my life, when I met [Terry]” and their ardent affection for each other is certainly palpable and heart warming to witness. It is immensely satisfying to hear this rare spoken history of a lesbian relationship and the tender romantic gestures these women shared in the shadows, like writing hidden love letters and kissing openly in the street during a sandstorm that obscured them from prying eyes.

However, despite their obvious dedication to each other, the hardships that Pat and Terry and many other lesbians faced in the 40s and 50s cannot be ignored. The most obvious example from the documentary being the loathsome words of Detective John Sorenson, who zealously threatens a room full of school children, proclaiming that any caught engaging in homosexual acts will have their lives turned into a “living hell”. Sorenson was one of many paid by the US government to drive terror and shame into queer children across the country and while the LGBTQ+ community has made great strides in gaining further rights and protections and the presence of systemic homophobia is still felt today. Pat and Terry’s clandestine lifestyle was evidently a great hardship upon them, however, the certain subtler elements that managed to make me slightly uncomfortable, unlike John Sorenson, were not highlighted by the documentary as homophobic.

At the beginning of the documentary, we are introduced to Pat and Terry’s extended family, who up until three years ago had no idea they were gay. I’m sure that this will raise the same alarm bells for some as it did for myself while watching the documentary. How could they not have known they were a couple when they’d lived together for sixty-five years? The rather unsatisfactory answer offered is that, after questioning the nature of Pat and Terry’s relationship, they accepted that it was purely platonic and mutually economically beneficial. Just two women simply living together to save money, that was all. Something about this explanation didn’t sit right with me and I felt as though the next logical question the documentary would follow would be to uncover why the couple had kept their love a secret from their family for so long. But this line of inquiry was unfortunately skipped over almost entirely, placating the viewer by briefly offering the vague but terrifying explanation that the couple were afraid to be disowned. In accordance, the documentary is incredibly careful never to show us why they felt this way, by not investigating the complexities of their familial relationship. My guttural response when I hear straight cisgender people claiming “well I don’t know any gay people” is that they mostly likely do, but those LGBTQ+ people in their lives don’t trust them enough to enlighten them. I know this from my own experiences as a lesbian, having had people say this to me directly on several occasions, not knowing I was gay, and deciding I would be better off staying not amending that. For these two women, who had lived through decades of systemic oppression and civil rights activism, to not have told their family even when their identity was no longer criminalised, seemed like it should have been the main focus of the present day aspects of the documentary, not swept under the rug with blasé disregard and replaced with trivial and contrived tensions on Terry’s protectiveness of Pat (which seems all the more reasonable with this in mind).

Some smaller uncomfortable inferences, like a relative suggesting that they should finally get married in order to stop them living in sin (as if the fact that it was illegal for them to do up until 2015 were not the more pertinent issue), and several rather spiteful critiques of Terry’s character, suggesting her relationship to her niece isn’t genuine and that she is possessive of her wife, added to my already mounting suspicions. But this thread of doubt was ultimately tied together during a scene where a family member is interviewed about the couple’s coming out, and in response, replied that she “didn’t care”. Whilst this phrase clearly isn’t a condemnation or loaded with any kind of malice, there is still an underlying othering that comes with these words and that needs to be unpacked. “I don’t care” is a phrase many LGBTQ+ are greeted with upon coming out and is intended to comfort the receiver by reassuring them that their sexuality doesn’t negatively change the way they are viewed. To a certain extent, this is true and it is always nice to know that your sexuality won’t come into conflict with your relationships. However, statements like this can fall under the same umbrella as those who claim “I don’t see colour”. Because, of course, they do see colour, as we all do, and these idealistic generalisations ignore the racist or homophobic ways in which our society can function. To say that one doesn’t care implies that there is something that has been ignored in order for things to continue as normal, in essence it suggests “I love you even though you’re gay”.

Nobody wants to be loved in spite of their homosexuality, as if it were something unseemly that others are bravely overlooking to see the true you. This indifferent attitude should instead be replaced with a supportive allyship and solidarity, loving someone because they are gay, because that is apart of who they are. On the surface, when reacting to someone’s coming out in this manner it may seem and feel as though you are being supportive, but it erases the struggles and identity of that person. Ideally, the concept of coming out should not even have to exist and those who never had to, due to a more open minded community or simply from being taught from an early age that it is normal, are incredibly fortunate. Because in reality, coming out should change the way we see people, it should reveal the part of them they have had to repress and hide, the part of them they had to rediscover because they had always been presumed straight. And these experiences should not be disregarded, in the same way that telling a person of colour that you “don’t see colour”, totally ignores and erases the systemic problems they might face because of it. This coded language highlights an uncomfortableness within our society towards anything other than the norm, and completely contradicts the message of surviving ignorance that A Secret Love is trying to send but failing to send.

In spite of these micro-aggressions, that may raise the hackles of some LGBTQ+ viewers, like myself, the documentary still somehow miraculously manages to warm the heart and provide hope for the future of the LGBTQ+ community. It’s saving grace and foundation is the unwavering love between Pat and Terry, who throughout their long lasting relationship have transcended the ignorance around them. Whether it be systemic oppression or family bickering, Pat and Terry always seem to gracefully stand above it by continuing to do what makes them happy. When they feel as though they can’t trust their family with their secret life, they create a new family of close life long queer friends to share the highs and lows with. One important thing the documentary does well is give an insight into the older LGBTQ+ community. With few representations of older LGBTQ+ people in the media it can be hard for young gay people to image what a happy future might look like. The final moments of the documentary see Pat and Terry as they finally move into a retirement home and at last tie the knot with a beautifully moving ceremony.While the couple may still have to deal with issues surrounding their sexuality, it’s their fortitude and resilience that are inspiring and makes them a great example for younger viewers. 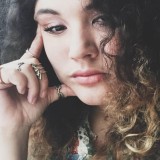