Based on Dennis Lehane’s novel, this slow-burning adaptation opened to $295 million worldwide but failed to make an impact during the awards season. Despite this, the film has proceeded to stir conversations amongst Shutter Island conspiracists these past ten years.

Set in 1954, Shutter Island opens with an eery score of foghorns, introducing us to two U.S. Marshalls – “Teddy” Daniels (Leonardo DiCaprio) and Chuck (Mark Ruffalo). Their mission? To investigate an isolated psychiatric facility for the criminally insane after a patient has been reported missing. However, the madness is just beginning.

The ending reveals that DiCaprio’s character is a patient, Andrew Laeddis, who developed the illusion of Teddy having been committed to the facility for the murder of his wife (Michelle Williams) after she drowned their children. The institution’s two doctors, Chuck (Mark Ruffalo) and Dr Cawley (Ben Kingsley) invented a roleplaying exercise to break Andrew free from his fantasy. This twist compels audiences to re-contextualise the entire plot, making Shutter Islandan entirely retrospective yet enriching experience on the second viewing.

Andrew/Teddy’s ambiguous final lines induce goosebumps once the credits roll. “Which would be worse: To live as a monster, or to die as a good man?” asks Andrew/Teddy, leaving the door ajar for viewers to decipher if he is sacrificing himself to a lobotomy to forget his sins. This momentary sliver of sanity shapes Shutter Island into a heart wrenching tragedy.

Without any assistance from Scorsese or DiCaprio in breaking down the ending, the story’s conclusion has been debated by fans since its release and will be discussed for decades to come. The film’s ambiguous nature resonates throughout and ensures the timelessness of this haunting tale.

To celebrate the 10th anniversary, Shutter Island is finally available on 4K Blu-ray. Sit yourself down, and treat yourself to a repeat viewing. This torturous portrait is designed to be watched more than once, and its intricate storytelling deserves a second chance. 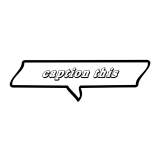 LFF 2020: ‘Nomadland’ is a Soulful Tone Poem of Loss and Hope in the American West