Horror has always been an elastic genre, and there is a rich history of small-budget successes from Sam Raimi to the Blumhouse model. Perhaps more than any other, horror filmmakers can rely on suggestion and imagination to do the heavy lifting when the money is not there. Jeffrey A. Brown’s directorial debut, The Beach House (2020) joins a long-lineage of small films with lofty aims; while Brown’s ambitions sometimes exceed his grasp, this remains a creative and promising debut film.

Randall (Noah Le Gros) and Emily (Liana Liberato) are a young couple who have retreated to Randall’s father’s beautiful and secluded beachside property. It is almost immediately clear that their getaway is more concerned with reconciliation than romance; Randall chafes at the notion of a traditional life cycle, having quit school to determine the value of making his own way, while Emily dreams of attending graduate school and studying astrobiology. Soon after arriving, they realize they are not alone in the home, as they encounter an older couple who claim to be old friends of Randall’s father. Mitch and Jane (Jake Weber and Maryann Nagel) have escaped to the sea for entirely different, yet no less personal reasons. The foursome soon determines there is plenty of space for everyone to remain. There is a sense of warmth in watching the younger couple brush up against the older pair, which culminates in the four of them agreeing to take edibles after they run dry on booze. It is only after everyone is properly stoned that a strange hallucinatory fog descends outside the house, portending the horror to come.

These early scenes set a template for both the strengths and weaknesses of the remainder of the film. Brown quickly demonstrates an effective control of the atmosphere, as the ominous tension soon gives way to full-blown cosmic terror. It is to the film’s great credit that the script does not get bogged down with exposition; there are enough hints to suggest that the events that befall the four are terrestrial, and likely some sort of environmental disaster, but the details remain a mystery. It is a Lovecraftian approach, and one that works well in tandem with the gross-out visuals and muted, dusty color palette.

Conversely, the script seems to pivot too quickly away from its character beats toward the disastrous ones, so that the survival horror second-half feels less inspired as a result of the lack of character development. Despite the effectiveness of the mood and visuals, the results end up feeling a bit hollow as Emily (and in particular, Randall) feel more like thinly-sketched archetypes rather than two people with a shared history of complicated romance.

While the suspenseful atmosphere and inventive effects will likely be enough to entice horror hounds, it is difficult not to wonder what further resonance the film might have been able to achieve with a bit of a script polish. At a minimum, Brown deserves credit for following through with a bleak ending that feels earned and thematically relevant. The Beach House could be comfortably cued up next to other recent cosmic offerings such as this years Color Out of Space and Sea Fever, about the terrors of the unknown. 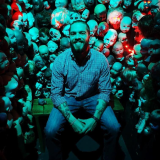 PFF 2020: ‘Jumbo’ Explores a Whirlwind Romance as You’ve Never Seen it Before