The films of David Fincher have rarely been for the faint-hearted, mainly because they are incredibly violent. Not 80’s B-movie violent, but not crime drama television faux violence; his films lie somewhere in the middle, somewhere scarier. With the feminist rebuttals of Gone Girl to the seeming outrageousness of Seven, a Fincher film cannot function without a sense of violence, and that’s intentional. Violence is a vehicle, in which Fincher shows us humanity.

Some of David Fincher’s most violent works; Fight Club, Gone Girl, Se7en, and Zodiac all show us one fundamental thing; violence and our response to it have meaning. These traumatizing acts that others inflict upon us change us as people, either for better or worse.

Take Gone Girl for example. Amy Dunne (Rosamund Pike) is a typical Fincher protagonist; fed up with their surroundings and stuck in a hostile environment. She carries the actions of her past boyfriends with her every day; they control her every movement. Her restraining order against Desi (Neil Patrick Harris)  and fear of Nick (Ben Affleck) limit her chances of happiness and freedom. Through the staging of an elaborate crime scene and setting up men around her, Amy reclaims the power that has been stolen from her. Her actions are morally questionable, but through her horrifying decisions, she frees herself. When she returns home covered in blood, she doesn’t seem phased at all; the blood of those who hurt her is like a cloak of freedom. Although her relationship is just as toxic as it was before, she now has the power over Nick as they live their lives in the public eye. Through her violence, she has turned the tables and given herself the upper hand.

Fincher also uses violence as a vehicle to show us corruption, most notably in his 1995 work Se7en. Brad Pitt portrays detective David Mills, a cocky and ambitious newcomer in the New York City police force. His comrade detective Somerset attempts to keep him grounded and give him the knowledge that only an experienced detective can have. David, however, maintains a playful attitude within his work. The climactic standoff at the end of the film shows us a new side of the character. His demeanor is completely changed as John Doe (Kevin Spacey) confesses the details of his final murder, which he committed to spite David and make him give in to bloodlust. The warm and friendly David Mills no longer exists, and John succeeds in making others understand his anger with the world around him. Mills has lost his sense of ambition and has finally understood the harshness that both Somerset and John talk about so frequently.

In Fight Club, Fincher makes social commentary on gender roles by associating violence with masculinity. The character of Tyler Durden (Brad Pitt) is a hyper-violent and pretentious man, almost a myth created out of hypermasculine ideals. He uses fight club and terrorism to validate his strength and express how manly he is to the world around him. This false identity lures other disaffected men into his trap of toxic masculinity, inspiring them to believe that violence defines how strong one is. The Narrator (Edward Norton) believes him at first, giving into his harmful ideas and philosophies, but finds solace in femininity (Marla Singer), who is offended by his acts of violence. She is not a perfect image of ideal femininity, but she is caring and honest and juxtaposes Tyler in her relationship with the narrator. Through the association of violence with hypermasculinity, Fincher sends a message of acceptance and denounces strict gender roles.

In Zodiac, violence is used as a device to search for truth. The Zodiac murders and the killer’s taunting of the press drive reporters and an artist to go further than they’ve ever gone before in their work. The repetition and interaction from the Zodiac killer were unheard of to local reporters, and his acts of murder took large tolls on each of them. Cartoonist Robert Graysmith (Jake Gyllenhaal) is jokingly referred to as a boy scout at the beginning of the film, but after decoding a Zodiac message, he becomes headstrong in his effort to crack the case. His heavy interest eventually isolates him from his family and leaves him into an endless search into a case that remains cold. Paul Avery (Robert Downey Jr.) is a committed crime reporter whose life also spirals after the Zodiac involves himself with the newspaper. With his distant and cold personality, he is disinterested early on in the case but eventually gets his life threatened, which leads to him succumbing to self-medicating out of his paranoia. As the newspaper tries to save a town from gruesome murders, the search for hope and honesty pushes reporters to the limits in a search for hope.

Fincher’s violence may not always be easy to stomach and may appear as surface-level shock value, but is used as a device to show various aspects of the human condition. Whether it’s the questionable empowerment of an abused woman, the corruption of a cocky detective, or commentary on toxic masculinity, David Fincher never fails to use bloodlust to make a statement about the things that make us human. He shows us how violence can have both positive and negative impacts and allows us to analyze ourselves at the same time. It is a bloody window into the world around us, but one worth looking through. 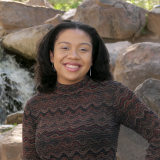 Blood is Thicker Than Water in Verónica (2017)

The Fast and the Furious Tokyo Drift: Mythical Masculinity