After last year’s rocker epic Her Smell, any viewer would have more than enough reason to believe that Elisabeth Moss would take time off acting after giving such an energy-draining, tour-de-force performance. However, Moss is back and more unhinged than ever in one of the best studio horror films in recent memory, under the vision of writer and director Leigh Whannell. As a seasoned veteran of the modern horror scene, Whannell knows what’s been exhausted in the genre and he’s searching for new blood. Rooted in a very real horror that millions of women face, The Invisible Man (2020) turns the century-old monster tale on its head and grounds the horror in something much more sinister.

After escaping her abusive relationship in one of the most heart-stopping opening scenes in recent memory, Cecilia Kass (Elisabeth Moss) is left in shambles. The trauma she’s burdened with from her abuser and ex-boyfriend Adrian Griffin (Oliver Jackson-Cohen) strips her away of any sort of identity she ever had and leaves her with nothing but her fight-or-flight instincts. The fully realized woman and well-educated architect that Cecilia once was now is a woman who struggles to get the mail in the morning and can’t go to sleep without one eye open. Even when she gets news of Griffin’s apparent suicide, Cecilia’s trauma is unwavering. The very painful process that she goes through to work through her trauma is so incredibly real for a studio horror movie, that it’s unexpected and absolutely gutting to see. However, Cecilia’s trauma is only one of the many things standing in her way of rebuilding her own life.

Throughout the film, Cecilia is not only taunted with threats from an invisible assailant, but she’s constantly bombarded by words of reassurance from men (and women) that lack total empathy. Plainly put, no one gets it: everyone from her childhood friend to her own sister can’t possibly fathom the trauma that Cecilia has and will go through. Whannell masterfully holds a mirror to society and shows how even women can be incredibly harmful when interacting with abuse victims while they process their trauma. Instead of actual reassurance, Cecilia’s close-knit support system tells her “don’t bring him back to life” in a hollow gesture, even though they dismiss the countless attacks against her that come from beyond the grave. Despite countless disturbances where Cecilia bears the brunt of vicious attacks, no one takes an interest until they feel her burden too. The bystander apathy shown by Cecilia’s immediate circle of friends is horrifying to see, and this dismissal of her abuse accurately depicts society’s distrust in women.

Having a history of playing unheard women, Moss gives a killer performance and brings everything she’s got to this mainstream horror film. Moss greatly empathizes with actual domestic violence survivors, and it’s extremely evident when Cecilia is tormented with doubt and dismissal from not only her abuser, but from her friends as well. She not only brings a repressed livelihood to the character of Cecilia, but she provides her with a strenuous and very real self-redemption arc that very few actresses could pull off today. Moss doesn’t miss a single beat, and every one of her glossed-over stares of anxiety and subdued rage stay seared into the brains of viewers for days. Aside from Moss’ distressing performance, the film also has a knack for turning traditionally dull, lingering shots into something incredibly subtle and malicious. Shots of empty chairs, sparsely decorated rooms, and slight indentations in plush couches all feed into the hollow imagery that makes even the biggest horror fan squirm out of unease. They last just long enough to the point where they’ve overstayed their welcome, but not long enough to be a blatant invasion of privacy. These haunting shots are also paired with a hair-raising score by Benjamin Wallfisch, which seamlessly transitions from being aggressively in-your-face to ominously lurking in the background in a matter of seconds. Under the direction of Whannell (and with the help of Moss!), all of these factors come together to breathe new life (or in this case death) into every scene, and the end product is an unforgiving film unlike anything mainstream audiences have seen in years.

At its core, The Invisible Man is devoid of emotion and packed to the brim with dread. It changes the game for the studio horror scene not only by including a fleshed-out female character as the protagonist, but also by treating domestic violence as a societal issue instead of a minimal plot point. By shifting the perspective from the classic monster to a woman kept under his thumb, it opens the conversation about the horrors of domestic violence to audiences everywhere. With a healthy dose of tasteful social commentary and a liberal amount of delicious jump scares sprinkled throughout, The Invisible Man is a surprisingly significant film that’s accessible to audiences everywhere. It reminds us that the true horror in our society doesn’t stem from the actions of an unseen man, but from the total disregard of an unheard woman. 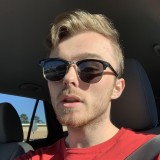 Nicholas McCutcheon is a student studying Marketing and Cinema Studies at UCF. He is very passionate about horror films, well-written female characters, and LGBTQ+ representation in cinema. His favorite films include Scream Black Swan, Moonstruck, and Gone Girl. You can find him on Letterboxd @nickmcc2

Nicholas McCutcheon is a student studying Marketing and Cinema Studies at UCF. He is very passionate about horror films, well-written female characters, and LGBTQ+ representation in cinema. His favorite films include Scream Black Swan, Moonstruck, and Gone Girl. You can find him on Letterboxd @nickmcc2 Letterboxd: nickmcc2

First Cow: The Richness of Friendship and the Beauty of Dreams