As of December 2019, the soundtrack for 2018’s controversial Bohemian Rhapsody still holds water on the Billboard 200. This year’s Rocketman, already a popular contender for the 2020 awards season, sold similarly well in theaters and on CD and Vinyl, making it clear that the recent surge in musician biopics is as easy a means to package greatest hits albums as it is a chance to sell movie tickets. Right now, the music biopic is one of Hollywood’s most bankable molds, with Aretha Franklin, Elvis, and David Bowie films all in fruition.

It’s a far cry from the hush legal discourse of 1988’s Karen Carpenter biopic Superstar; a film which is hardly strange for its rogue musical passages now, but was almost immediately blockaded by legal teams and involved parties for its tracklist structure, featuring nearly ten unlicensed Carpenters hits, amongst a myriad of other controversial undertakings. Superstar, Todd Haynes’ cult breakthrough, still hasn’t received a legal release, but lives and breathes through online sources and bootlegged DVD copies. The quality is hardly pristine, but the nuance and empathy of its now familiar biopic structure seems just as if not more important now than it must have in the late 80’s.

The narrative is familiar, but Superstar’s presentation is still radical. The film’s characters are all “acted” through Barbie dolls and overdubbed dialogue (which landed Haynes flak from the Mattel corporation) but this presentation isn’t a mockery or a diversion from Karen Carpenter’s story. It’s one of Haynes’ numerous cinematic depictions of fabrication and neo-expressionism, never weaponized against the women of his films so much as they are against the oppressive worlds they inhabit. Haynes’ Karen Carpenter story follows the rise of the namesake band she shared with her brother Richard, but Superstar is less about archiving and ogling at the wholesome whiteness of the Carpenters’ music and image as it is a menagerie to explore Karen’s anorexia-nervosa. Interlaced with the Barbie melodrama are documentary clips and PSA-esque narrations which present the disorder without the glitter one may expect from other biopics on storied individuals with tumultuous private lives. It’s unlikely that a Karen Carpenter film released today would be so emphatic and direct about Karen’s affliction, and even 1989’s made-for-TV The Karen Carpenter Story (something of an indirect response to Haynes’ film, co-directed by Richard Carpenter) fails to extend the same apathy and disillusion of pageantry contained in the earlier film’s experimental, intermediate storytelling.

Today, Superstar may seem a strange footnote for a director now recognized prestigiously, but the film’s genre and style blending, as well as its dollhouse route around conventional diegesis, makes it a significant benchmark for the New Queer Cinema movement. Though not an explicitly queer story as Haynes’ later Poison and even his more budgeted and more richly allegorical Safe, Superstar is doubtlessly a “queer film”: the difference being that the styles and conventions of western filmic continuity and presentational “correctness” are challenged, appropriated, and played with, rendering the structures of cinema flexible and accessible to marginalized voices. It’s here where the cinematic practices of Superstar seem most pertinent, with contemporary biopics assuming themselves as queer storytelling vehicles on the basis of their subjects when, in actuality, they merely appropriate and commodify a loose approximation of queerness. Though there’s an involvement with the subject of Rocketman (and, to a lesser, more glaring extent in Bohemian Rhapsody) these newer biopics fail to understand the importance of an outsider perspective. The nuance of the “fan film” is lost to narratives which feel more like autobiographies or Wikipedia timelines. The sanitization, especially of the films which attempt to incorporate a gay or queer perspective, demean their subjects more than they pay tribute to them. An argument could be waged that Haynes’ imagined events are an issue in their mimicked state, and that approaching the topic of one woman’s anorexia exceeds his authorship. This element is deflected in the film’s style, which again operates both to present something of an imagined nonfiction and contrasts impositions of style to create something which is neither melodrama nor documentary, nor even biopic as we understand it now.

Even the typical contentions waged against our contemporary biopics don’t quite do justice to Superstar’s foundational innovation. Some argue that the issue is overcoverage, that modern biopics simply attempt too sprawling a story for a three-act structure, but Superstar covers nearly two decades in a comparatively fractional running time. The true difference seems to be in the sheer penmanship of each scenario—the fact that much of Haynes’ non-musical scenes appear to be imagined between him and co-creator Cynthia Schneider, from Carpenter family quarrels in their prim Americana living room to Californian cocktail parties. This allows for a breathing room which doesn’t resemble the churning of a manufactured history. The scenes are microcosmic; the specific, “noteworthy” fun facts of worse biopics exchanged for more sweeping drama. It spends time imitating Karen’s story as though it were a short story, an approximation without a source bias, not as though it were a handy guide through every excruciating detail. Even when a noteworthy date or event seems superfluous, the film handles it with a blithe irony, rushing the baggage of a detail as unimportant to Haynes as Karen’s short-lived marriage.

It may be Superstar’s brevity that sells it, but it’s also the sincerity through which it portrays scripted scenes, the explosions of pure Douglas Sirk-ian melodrama, repurposed for the celebrity chimera. It’s a unique, outsider film, but it’s not such an outlier that it seems unhelpful when considering where the biopic structure could potentially go in the future. If the music biopic wave continues until we’re out of 60’s-80’s hitmakers, it’s unlikely filmmaker will purpose Barbies and Ken dolls in exchange for actors, but they could learn from the function of Haynes’ directorial performance. For Haynes, nostalgia is ultimately only as powerful as the repressions of its framework, and for Superstar, that repression seems to be its most outward fabrications. 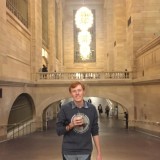 Blinded by the Light: A Celebration of Dreams and What Inspires Us to Follow Them