“Eyes are windows to the soul,” they say. Truly, by just looking into Taika Waititi’s big playful chocolate eyes, you can see pastel, never-ending sparkles of creativity. Behind those bright, countless pineapple shirts and rich, spirally black curls lies a magical visionistical wonderland; the world build on the bases of quirkiness and kindness illuminated by eternal sunshine filled with endless, blossomed fields of laughter.

Waititi uses special light dry humour in his work or ”polite comedy” as he calls it. Those jokes and funny bits act as a distinctive light motive throughout his stories and movies, to remind us that ”when the atmosphere is tense and uncomfortable that is when we feel the need to laugh the most”. The humour is unique and fresh. He finds laughter in more serious topics but he gently scratches the painful surface of the character’s insecurity and turns it around. The room for laughter is always there, hidden in the smallest details in life. The humour can be everywhere, from heartaching realisations to the painful curse of never growing old.

Taika Waititi grew up influenced by both British and American humour and he truly got the best of both worlds. The Kiwis, in general, have a unique and quirky approach to comedy that can clearly be seen in Waititi’s work and personality. He intertwined those elements from his everyday surroundings with that essential polite comedy; a classic deadpan Keaton slapstick with fresh and light ”comedy of mundane” as he calls it. It is that very aspect of his art that makes him stand out from the crowd. Taika never forced cliché stereotypical puns and punchlines, instead he is well, just always being his true self. That’s exactly how genius comedy and laughter should work and flow.

The actor Sam Neill, in his 1995 documentary about Kiwi cinema called ”Cinema of Unease” said: ” We need to make everything look picturesque.” and that statement is sweetly true; picturesque scenes of misty cold mountains where majestical creatures of air fly, paint a certain atmosphere onto our imagination canvas; feed our inner soul and subconscious with that something heavenly and otherworldly, don’t they?

New Zealand’s countryside and nature act as a metaphor and a reflection of the soul in art produced by people whose roots grew there. Residents there are intimately connected with Mother Nature in every aspect. The respect and bond they created with it harmonises and mirrors their inner state and emotions into art.

Taika’s symmetrical and eye-pleasing feeling for space and image in film framing reinforced the beauty of his distinctive heavenly aesthetic. The movie Boy (2010) might be the best example, from his filmography, how all of these components mirrored into his art. Boy is a coming-of-age story about a child whose biggest hero is his dad, who turns out to be a completely different person from boy’s fantastical expectations.


”Visually, I’m always considering shots and composition quite a lot, and I love putting art into films, and I do a lot of the art.”

There are no rules. Creating a film is something very intimate. That means the filmmaker is arranging every little puzzle of the movie in the unique way, simply saying, from their own perspective. There are no laws and ”mistakes” in our own vision and creation. It’s purely our point of view and we have every right to do so. Waititi juggles with handmade; drawn and stop animation to different filming styles thus building his own tales.

The film’s frames are enchantingly perfect in symmetry. They are colourful wonderful nostalgic mess. It’s not just because the story of Boy is set in 1984, in the time where every detail in art was pastel, neon and bright. Those shiny child-like scenes and adventures that unravel his stories describe Taika Waititi’s visionistical mind, personality and most crucially; the soul absolutely perfectly without saying a single word.

Perhaps the most vital primal element, that utterly shapes us all in the beggining, is our origin, tradition and culture. Taika’s artistic special vision comes from the Māori heritage that’s filled with vivid captivating stories and art.

The people in Waititi’s fictions usually act as outcasts; like people that don’t belong. They are characters that live in a world of daydreams and sometimes fake illusions. They seek heroes and idols to cover up their non-acceptance. Lily, Boy, Ricky and others embark on a journey where along the way, alongside other unaccepted rejected, unloved ones find friendship and love. On the journey they’ve undertaken, Waititi’s characters bond in sweet, heart-warming ways. We, the audience, experience the voyage of our own that’s filled with extraordinary fantasies and adventures topped with warm undertones of family relationships.

”At the end of the day, the reality is we’re all losers, and we’re all uncoordinated. We’re the worst of animals on Earth, and there’s something quite endearing about that.”

Waititi celebrates human’s downs equally as the ups. But, he recognises the importance of just excepting and embracing the awkwardness. Yes, we are all losers and weird in some way and that’s what makes this life path special. Everyone needs a hero. No matter how much we deny it, we all have that special role model that we idolise and respect endlessly. In his stories, Taika embraces his early and present influences; from Kurosawa to Michael Jackson to show his flesh, human side. We all feel like losers from time to time and having such heroes can reinforce and boost our confidence. This element assembles such a pure beautiful intertextuality in his movies where, every mention of his favourite characters and heroes echoes as an ode to old masters. It’s a monumental moment where we remind ourselves where we came from.

”I play music all the time because silence freaks me out.”

The soundtrack in Waititi’s films plays a major, but almost subconscious part. I think we don’t talk enough about his ear for good music and its effect on a storyline. One of the best examples is the end of the movie Boy where the entire cast dances to the joyful happy tune whilst doing ‘‘some Michael Jackson moves”

This sequence ends the movie wonderfully. The last scene, not only sums up the whole point but it also leaves the audience feeling the most essential emotion; happiness.

Waititi is a master of improvisation and thankfully most of his actors have the same ability to fluidly and spontaneously create amazingly funny treats such as this one.

This entire song was improvised by the actress Rima Te Wiata. She was messing around the set before they started shooting. Waititi noticed how surprisingly quirky and touching the lyrics and melody merged together, which gives the film a moving warm undertone.

”Shooting a movie should be fun! It can be hard, but at the end of the day, we’re all dressing up and playing pretend.”

Waititi’s films wouldn’t be what they are without that family, relaxing atmosphere behind the cameras and costumes.

His child-like exuberant persona makes the whole cast feel welcome and that element of kind homely acceptance instantly erases all possible boundaries. He started making short movies and later features with his closest friends and family members thus casting people he knew. He always chooses them over some well-known stars. Waititi truly cares about the quality of his craft and this aspect of pre-production forms a more genuine, real and honest performance that are true to his characters. Taika builds characters basing them on people he knows. His actor friends successfully mirror the written roles onto the big screen. Surrounding yourself with people you believe in and most crucially, love, is the key to any success.

” You have to write what you know.”


The leading aspect that forges a core, the very root of his art is a facet of looking world through the lens of a child. Seeing life with a kid’s perspective and philosophy brings a different naive, light shade to every form of art. Doing that, audience can awaken their true inner-selves. You embody your past and maybe the purest, until then, long locked-away essence.

Opening your soul to that perspective won’t only make your soul realise the truth, but it also reminds us that we are responsible for young generations.

”It became particularly important to me after becoming a father and realizing that children are constantly watching us, they’re always looking up to us for advice and for wisdom and for life lessons, and sometimes we fail them.”

The messages and lessons that are basically a central yin and yang in his stories follow the path of acceptance, love and a human connection. He’s always trying to show the human kind that without these points, we will never reach the urgently needed balance that modern world, still lacks.

I see Taika’s films as a distinctive nostalgic bridge to fantasy. The bridge made out of strong unbreakable family-like bonds, unexpected majestical adventures. He, in the end of his dashing, thrilling tales, brushes away dusts of sadness and feeling of defeat; spreading the lively colours of sympathy and compassion topping it with now, crystal clear image with the greatest warm tone known to human race; love thus awakening the catharsis in all of us. 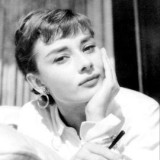 The Love Witch: Turning Intimacy and Romance into Feminist Horror