Possession movies are a dime a dozen, relying heavily on Catholic iconography and belief to create stories about the power of faith. While a good possession film is really good (here’s looking at The Exorcist), they rely heavily on hegemonic ideas about religion. Enter, The Vigil, Keith Thomas’ directorial debut that takes the fear of the demonic and places it in the Hasidic Jewish community.

Yakov (Dave Davis) is a young man who has recently left the Hasidic Jewish faith after a traumatic and violent event. He is trying to forge a new life for himself but finds it difficult to keep up with his rent and make enough money to live. Enter his former rabbi, Reb (Menashe Lustig), who knows the Yakov is struggling financially. He approaches Yakov with a job as a Shomer, or someone that watches over a dead body before its burial. Yakov was a paid Shomer before leaving the faith, so he hesitantly takes the gig; money is money after all.

However, he soon learns why the family couldn’t find anyone else to serve as Shomer for the deceased. Not long after Yakov sits down with the body, supernatural events begin to unfold. He learns that a dybbuk—Yiddish for evil spirit—is haunting the body and the family’s home. With the help of the deceased’s wife, Mrs. Litvak (Lynn Cohen), Yakov must confront his faith to make it through a hellish night.

Like many Catholic possession movies, this isn’t just about actual demons, but the demons that lurk in the dark corners of our mind. The Vigil addresses intergenerational trauma, with flashes to moments of violence during World War II performed by the now-deceased Mr. Litvak and Yakov’s own experience with his younger brother. This is not just a film about a dybbuk; it is a film about a history of violence and how the trauma inflicted from that history affects generations to come.

The domestic space becomes demonic, a labyrinth where shadows hide whatever nightmares lie in dark corners. While most of the film takes place on the first floor of the Litvak home, it continuously feels unfamiliar and strange. Bumps and knocks set you on edge, then flickering lights and shifting shadows make it terrifying. Thomas does a phenomenal job of creating a haunting atmosphere in what would be akin to your grandparents’ house.

While The Vigil’s story sets it apart from other demonic horror films, it does lean heavily into jump scares to terrify its audience. These cheap moments detract from a film trying to subvert expectations. Perhaps Thomas wanted to really make an impact with viewers in his first film, but jump scares only take away from The Vigil’s true terror.

The Vigil is steeped is Jewish lore and superstition and it exposes audiences to a culture rarely seen on screen and even rarer in horror cinema. Sure, some horror films have tried to tackle the dybbuk—films such as The Possession and The Unborn—but none of those films have truly tried to capture the culture and faith the demon comes from. Rather, it is merely another creature used to create spectacle and fear for massive audiences. The Vigil remedies this, combining both fear and culture to create a new type of possession film. 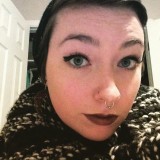