Most of the time, people get hyped for films based on the actors in them or the filmmakers behind them. Rarely is there hype behind production and distribution studios. But such is the case with A24.

With a diverse range of independent films including Spring Breakers, Ex Machina, Room, The Lobster, Moonlight, The Farewell, and more, A24 has surely made its mark on the film industry. But what exactly makes it so special? How did this company start? Why is it even called A24?

Named after the Italian highway Autostrada 24, A24’s concept was born when co-founder David Katz was driving on his way to Rome, when he had what he calls, “a moment of clarity” about starting a company.

“I always had dreams of [starting a company],” Katz said. “And on some level, honestly, I was afraid to go out on my own and try to make it work. And I was with a bunch of friends, and we were in the south of Italy, and we were driving into Rome and I kind of had this moment of clarity. And it was on the A24 [motorway]. And in that moment I was like: Now it’s time to go do this.”

Eventually, on August 20, 2012, the company was established by a trio of co-founders, who all had experience working in film and production—Katz, along with David Fenkel and John Hodges. Basing A24 in New York, the three set out with the plan to release eight to 10 titles per year, acquiring finished films, as well as producing their own content.

They started off modestly in 2013, with the release of A Glimpse Inside the Mind of Charles Swan III. Then through 2015, A24 experienced more substantial rises with the releases of films, like Spring Breakers and Room. Soon, the company launched a TV division, raised their line of credit, and released their first foreign language film Menashe in 2017. And then in 2018, they launched a podcast and entered into a deal with Apple. And these were all done on top of distributing and producing about 18-20 films per year.

Focusing on independent films, the company heads to independent film festivals, seeking to acquire films from smaller cinematic voices and offer distributing rights. In doing so, A24 helps amplify the voices of lesser-known filmmakers who would otherwise get little to no recognition amongst mainstream media.

“We find movies [for which] our perspective, our system, our people, can act to make it something special,” Fenkel said. “If it’s gonna be released the same way by another company, we usually don’t go after it.”

Because A24’s range of films are all generally unique, original stories from lesser-known filmmakers, they can each stand pretty equal ground among each other, whereas if one perchance got acquired by a bigger company, they would get more likely get lost amongst blockbuster titles and big names.

An example of this playing out can be seen with Lulu Wang’s The Farewell (2019). Although offered more by a streaming service, Wang and her team ultimately chose A24 to distribute the film, recognizing the grass-roots methods and community for smaller artists.

“They can create community and a brand around that filmmaker, and they’re one of the only companies that can do that,” Wang said. “So many other companies, particularly streaming companies, are wonderful in terms of the access they have. But when you put a small fish like this film, like me, into this wide ocean of content, we get lost, you know?”

Another major thing that sets A24 apart, is in the way they handle their marketing. Compared to most distributing companies, who communicate with their audiences through standard mass media like billboards and commercials, A24 typically uses a more direct approach, being frontrunners to utilize social media to communicate with and foster a real relationship with their audience. Through this, they’ve been able to champion different tactics for each film to distinctively fit the vibe and target audience, to create hype in a more organic way.

Take their campaign for Ex Machina, for instance, during which they promoted the artificial intelligence-premised film using a Tinder bot named Ava who lured matches on the dating app to “her Instagram,” where there were only two posts: an ad for the film and a short clip from it.

While, of course, some films have fallen short over the years, as it is with any company, A24’s methods have largely proved successful and they’ve grown a following of devoted fans, eager to see whatever upcoming stories and artists they have to share.

Because of the steady fanbase, A24 has been reciprocal, with the launch of a merchandise store, free public screenings, and more. Notably, A24’s merch further proves the point of their creativity and dedication to their fanbase. It all really stands out because it’s not just your standard mass-produced slap-a-poster-on-a-shirt stuff. A24 really ties in small details and thematic aspects of their films to make creative items—and most of their ideas really pay off, as a lot of it gets sold out fast. Just a few items they’ve sold over the past few years, include a Mid90s finger skateboard, ‘zines from their directors, an Uncut Gems bedazzled Furby, character pins, candles designed to encapsulate genres, and shirts with alternative film artwork.

All-in-all, it’s clear that A24 has made a name for itself by being able to craft unique strategies to foster genuine relationships with their filmmakers and audience that have paid off into successes. In today’s mass-produced pop culture world, it’s always advantageous to be big and bold, and A24 has figured out how to triumphantly do so in their own unique and unconventional ways, paving the way for independent filmmaking. 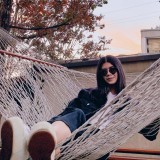 Fast Color: A Poignant Superhero-Drama That Demands to be Seen