I first saw Paul Dano’s 2018 directorial debut, Wildlife, on March 28. On April 24, I completed my fifteenth watch of it. Yes, you read that right. Fifteen. 15. I watched one movie 15 times in a little under 30 days. Concerning, yes. But here’s why I did it:

I suppose that before I tell you why I love this film so much, it’s worth describing some of the plot first. The Brinson family, Jerry, Jeanette, and Joe (played by Jake Gyllenhaal, Carey Mulligan and Ed Oxenbould, respectively) live in Montana in 1960. They’ve just recently moved there and Joe is about to begin the school year. When Jerry loses his job and sense of purpose, he goes off to fight the wildfires wreaking havoc on the forests nearby, leaving his wife and 14 year old son to fend for themselves.

This whole film takes place from the point of view from Joe, which is rare for family dramas, especially of ones that are described as art house or indie, or whatever. This is most certainly something that brought me in immediately. I don’t live in Montana, or during the 1960s, but having a film that actually took itself seriously and set out to say something, be from the point of view of the child was something I had really never seen before. Genuine, serious films that star children as the lead are so few and far between. It felt fresh. In the 105 minute run time, there are only about 3 scenes that don’t feature Joe in any capacity. The rest are either entirely focused on him, or moments that he’s witnessing. And throughout that run time, there are often tight close ups on Joe, while not always extended, they would always cut back to him, to remind the audience that this is his story, we’re along for the same ride as him.

Joe is not only excellently played by Ed Oxenbould, who was just 15 at the time of shooting, he is also someone that I deeply relate to. As a 14-year-old, and on to now, I struggle with my identity as Joe does in the film. He is beginning to question who he is, along with who he wants to become vs. who his parents want him to become. Early in the film, despite expressing to his father that football is not something he likes, or really even wants to be a part of, Jerry rejects Joe’s interest in getting a job to support the family on the grounds of him being too busy with football. I’ve quit my fair share of sports to take up other things, to get a job. I’ve quit soccer, basketball, and skiing (for a short while). All things pushed onto me by my parents, until I was 14 and got a job doing something I actually love. In Joe’s case, this is photography. Joe Brinson is someone who throughout the film is definable by his lack of knowing what to do. In a moment of personal crisis, his mother asks him for a plan to turn her life back around, for the better. Joe simply says “I don’t have one.” and exits the frame. On my first few watches, this felt cold and like Joe wanted to distance himself from his mother. And while that is true, Joe is lost, and is unable to figure out what he wants to do for himself, much less his mother, someone whose life is far more complicated than his own. 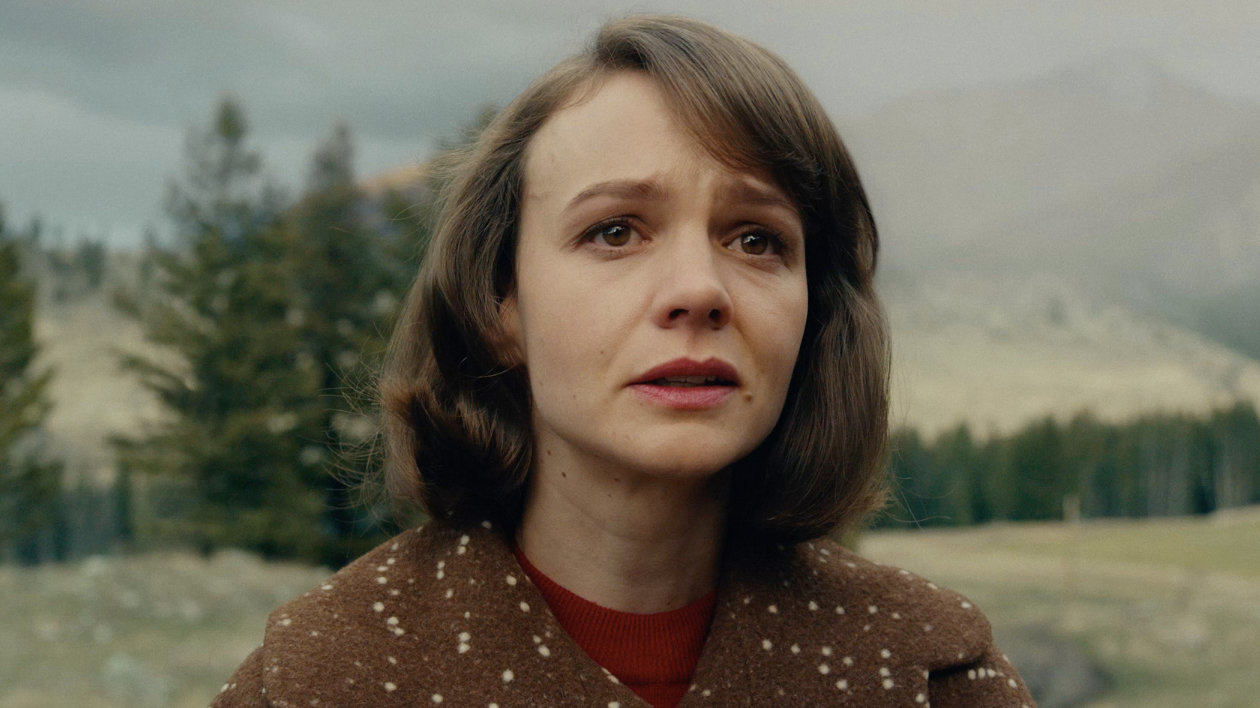 Joe’s mother, Jean, opens up an entirely new can of worms though. I get along with my mom most of the time, and so does Joe. But both relationships can certainly become very strained. Jean is likely one of the most dynamic characters I’ve seen in a recent film. Throughout the film, she is going through a crisis after her husband leaves. Mostly caused by the fact that she finally doesn’t have to stick to the 1960’s housewife stereotype. My father has never left my family for months at a time, but throughout my life my dad has gone on week-long business trips here and there, often coming in spurts. For a time in 2018, he was gone more than he was home.

A distinct memory that I have of one of the times that my dad was gone was when I was around 8 years old, I woke up to a loud noise coming from the living room. It was one in the morning and I was very convinced that we were being robbed, so naturally, I went to check. This genius idea actually turned out quite well due to the fact that we were not being robbed, but rather my mom had just been watching tv a bit too loudly and the movie she was watching had woken me up. I learned about my mother that night that she would stay up all night, just watching whatever is on tv, waiting for my dad to come home. My mother also shares Jean’s mood swings. As Jean would scream at and slap Joe, and then begin to cry, my mom would walk in the door, tell me she loves me, and then yell at me and tell me that I don’t put any effort into anything I do before she’s even made it past the welcome mat. I truly do love my mother, as Joe does his. Nothing will change that.

Dano’s film, a criticism of the traditional family structure, is something that somehow celebrates it. One of the most tender moments in the film is in the final shot before the epilogue. Jean begins to tend to Jerry’s wounds, even though she most certainly doesn’t have to. They sit together while Joe goes to sleep.

While I do celebrate the technical aspects of this film, the simplistic but loud cinematography, especially the final shot, along with the closeups of Joe and Jerry at the bar, or the sweeping shots of Joe and Ruth playing around and just being kids, the screenplay filled with incredible lines, the direction and how restrained it is, how trusting it is of the audience, the performances that continue to blow me away each time I watch this, I still want to celebrate the story. Because it is one that I latched onto the minute I saw it. I didn’t realize that I was going to adore this movie as much as I did when I sat down for my first watch. I’ve written almost 1200 words on this document and I still feel like I haven’t quite described how much I feel myself in this film. I’m not sure if words can describe how I feel about it. I think the best way I can describe it in just a few sentences would simply be that this movie was exactly what I needed at this moment in my life. Knowing that my parents could be as close to a breakdown as I am, or that I can escape my problems through my work, through my friends, or that when life throws a curveball at us we fucking take it and keep going. I am about to start applying for colleges, and my life is gonna be so, so different in a couple years. I needed to know that I can take that, that I don’t need to conform to what society wants me to do, that I can get back up onto my feet when things get fucking tough, when I let the people around me down. I needed to know that kids shouldn’t be pushed to the side and not taken seriously when it comes to their emotions or how they’re going to react to a big change.

So thank you, Paul Dano. Thank you.

Sexual Taboos in Cinema: What Do They Matter?

Bombshell: The #MeToo Moment That No One Asked For