It is a rare thing to create a story that feels so achingly honest that it burrows into your very soul and, without remorse, rips your heart out to also be based upon a lie. And yet, that is exactly what Lulu Wang did with what is one of the best films of not just 2019 but of the decade.

It is a rare thing to create a story that feels so achingly honest it burrows into your very soul and, without remorse, rips your heart out to also be based upon a lie. And yet, this is exactly what Lulu Wang did with what is one of the best films of not just 2019 but of the decade. It is exactly what a story about family should be and more people need to see this for what it is: a deceptively insightful story that cuts to the core about how we protect those we love. So I was thrilled when Awkwafina won the Golden Globe for best actress in a musical or comedy becoming the long overdue first winner of Asian descent in the category as I saw it as an opportunity to shout from the rooftops about the beauty that is this film.

Small warning, while I won’t spoil this film I won’t lie to you: I will be discussing the plot in some detail. You have been warned.

From the very opening scene, the film starts with lies that keep coming. Awkwafina’s character Billi lies to her Nai Nai about money, jobs, friends, and anything that she fears would worry her grandmother. Conversely, Nai Nai tries to hide the fact that she is in a hospital despite an intercom voice raising suspicions of her granddaughter.

The first time I saw this film, I didn’t think much of this scene. After all, who hasn’t lied to a relative over the phone in order to hide information that will only worry them. But what makes this scene brilliant is how instinctively both characters lie to each other without hesitation. These little lies prime the audience perfectly for the big lie that will be the center of a story filled with dishonesty. That lie is that Nai Nai has a terminal cancer diagnosis. The family has collectively decided they will not tell her for fear that she will become depressed and fearful if she knew her condition. As a doctor later says to them “it’s a good lie” and that many families would do it. That doesn’t stop Billi and soon other characters from feeling immense guilt over the fact that they are keeping this information from her.

But what is brilliant about this story is that it delves so deeply into this idea beyond what could have been a story that coasted by on the initial premise alone. But no, the story begins to deconstruct if their guilt is about feeling better about themselves or is it about Nai Nai? Should they shoulder the pain for her or should they make themselves feel better by telling the truth even if it hurts her? The film offers no easy answers instead letting the story breathe in a way that is not only refreshing but also deeply moving. As Nai Nai begins to slowly notice things that are out of place, a feeling of melancholy begins to set in.

Too easily, the film could have portrayed the elderly grandmother as naive. Instead, Nai Nai is sharp and perhaps the smartest of the family in how she is able to pick up on the family dynamic. Every scene she is in brings this into clarity as she will often times hide her coughing and struggles to climb stairs from her family as well. The lie goes both ways as they all are trying to shield each other from a world that is all too often a deeply painful one to live in. This act may often be futile but to see a story so honestly show the lengths to which family would go to protect each other is a beautiful while also a deeply saddening experience. But to feel these emotions and be moved so deeply by a film in this way is a stunning achievement.

That this film was able to capture so authentically the experience of family is something which should be championed and praised with as much gusto as Nai Nai has for her early morning workouts as this is no small accomplishment. That this is all built on a lie is something that doesn’t undercut this authenticity. In fact, it does the opposite. That this is based on a lie is something that cuts to the deepest truth cinema can: a loving family, with all it’s flaws, will move heaven and earth to protect each other. And what can be more honest than that? 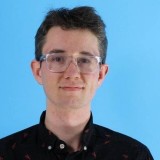 You Can’t Escape Yourself.